I INHERITED A HOME, NOW WHAT? 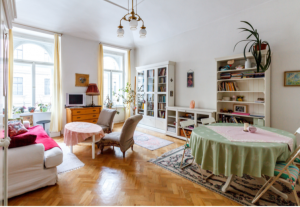 Inheriting a home from a family member is a common occurrence. This is not something most people typically plan or think about, but as a property management company in Houston, we can tell you it happens fairly often. When you’re now responsible for a home that was not originally yours, it can create stress figuring out the path forward. In this article, we will help guide you by discussing the pros and cons on what to do next.

What are my options?

There are many options for the home you have recently inherited, and it really depends on your personal goals / current situation. If this happens to be a great home on a lake, and you’re able financially to manage it, you may just have a nice vacation home. That said, we typically get questions about homes that are more traditional, single family homes

Some basic questions to ask yourself before making a decision:

– Are there other family members involved? If multiple family members are involved, decisions will be more difficult unless all are in agreement on approach.
– Is this home in a desirable location? Is the area growing or shrinking?
– Is the home paid for? What are the financial obligations, mortgage, taxes, HOA, etc.?
– What could I sell the home for? What could I rent it for?
– Would it sell fast? Would it rent fast?
– Does the home need repairs? How much?
– What is my emotional attachment to the home?

This is a pretty common by default. Many of our clients are inclined to sell their property and pocket some extra money.  You wouldn’t have to deal with the property long term, it makes logical sense. If multiple family members inherited the property, it means everyone has to agree only this one time. Having to agree on rent, price, etc. with several family members could be a potential headache…

If you’ve ever had real estate ambitions, this is one of the easiest ways to venture into it.  We have property management clients that are interested in seeing how it works, and we have other clients who want to leverage this to build up a bigger portfolio in the future. One big positive with renting is that this is not a decision that you have to live with forever, you can see how it works out.  Renting gives you “optionality” and the ability to sell later on, should you decide.  You can reap some short term tax benefits, maybe a little extra cash flow on the home, and hold out for a better price to sell later on… 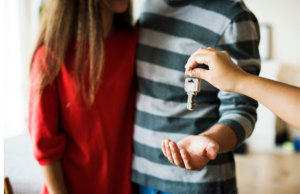 Kate’s father owned land in a small suburb north of Houston and over time, he built a few homes and commercial properties on that land. When he passed away, he left the 4 properties to his son Jack and daughter Kate. Jack wanted to sell the properties quickly and cash out, but Kate wanted to rent them out and work on building a property portfolio. Kate decided to buy Jack out ultimately knowing they would never be able to come to an agreement. After hiring a lawyer to mediate and to get it properly straightened out, Kate finally had complete autonomy to do what she wanted with the properties.

Throughout the process of gaining full control of the properties, Kate had reached out to AAM so that she could immediately turn the properties over to us to manage. We are happy to say that after some initial repairs, she has now had them successfully rented out for over 2 years.

SAWYER HELPS HIS MOM WITH A SINGLE FAMILY HOME

Sawyer’s mom lived in her house until she was 80 years old, but eventually made the difficult decision that it was best for her to move to an assisted living facility. The house had been paid off for some time now, and Sawyer already had his own house. Although his mother was still alive, she was not in the best place to manage the home, so she gave Sawyer power of attorney and turned the responsibility over to him. Sawyer did have some emotional attachment to the home, his mother had lived in it for over 20 years, so he wasn’t quite yet willing to sell it off. Sawyer contacted us to at least get some data points on what it could sell for and rent for. Neither scenario showed a clear cut winner, as there was competition for sales and rentals in the area. However, his emotional attachment more than anything made him decide to rent it out, knowing he could always sell later if needed. The home now has its first renter, and Sawyer is able to collect some cash to help pay for his mom’s assisted living costs.

Having some data points in front of you can help you make a more informed decision. Ask a realtor or property management company to help you answer some of these questions before you choose which route to go. We typically like to evaluate all scenarios, run the numbers, and determine the best path forward for that individual given the data we have.

I Inherited a Home, Now What?